Favorite Finds when you dine at Margaritaville at sea! 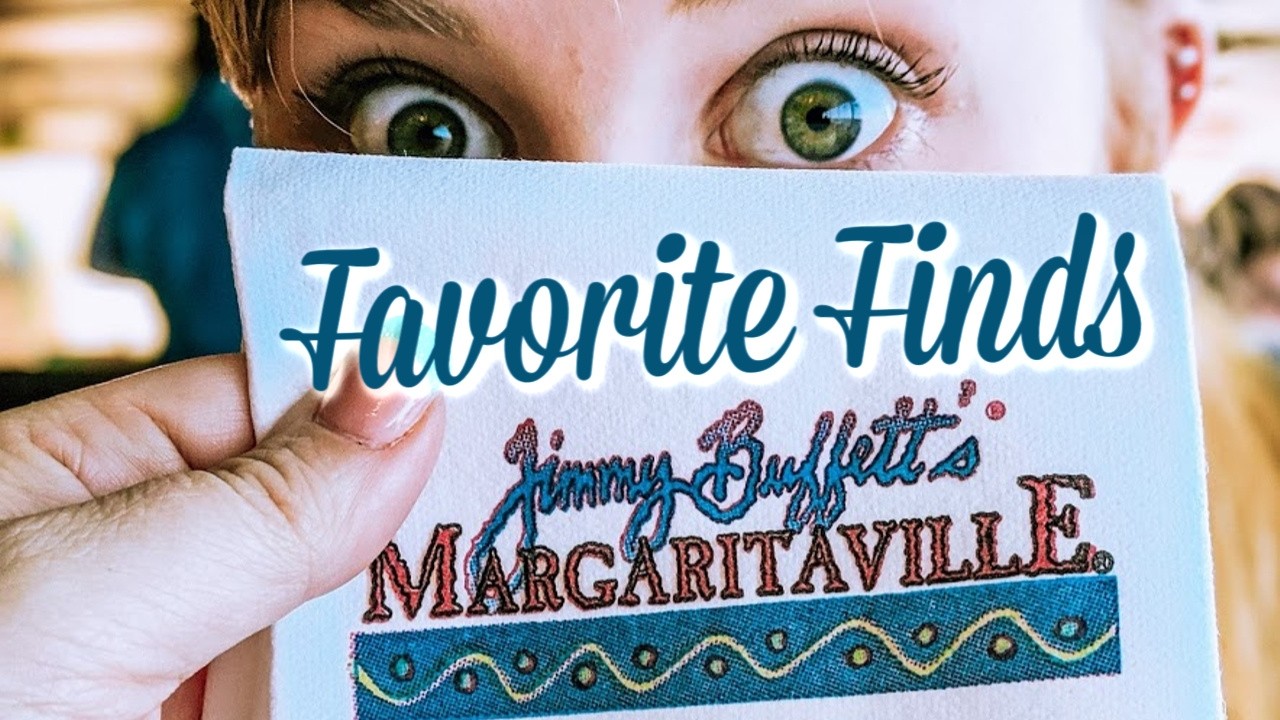 Aboard the Norwegian Bliss, we found our favorite meal of all - at Jimmy Buffett's Margaritaville at sea! 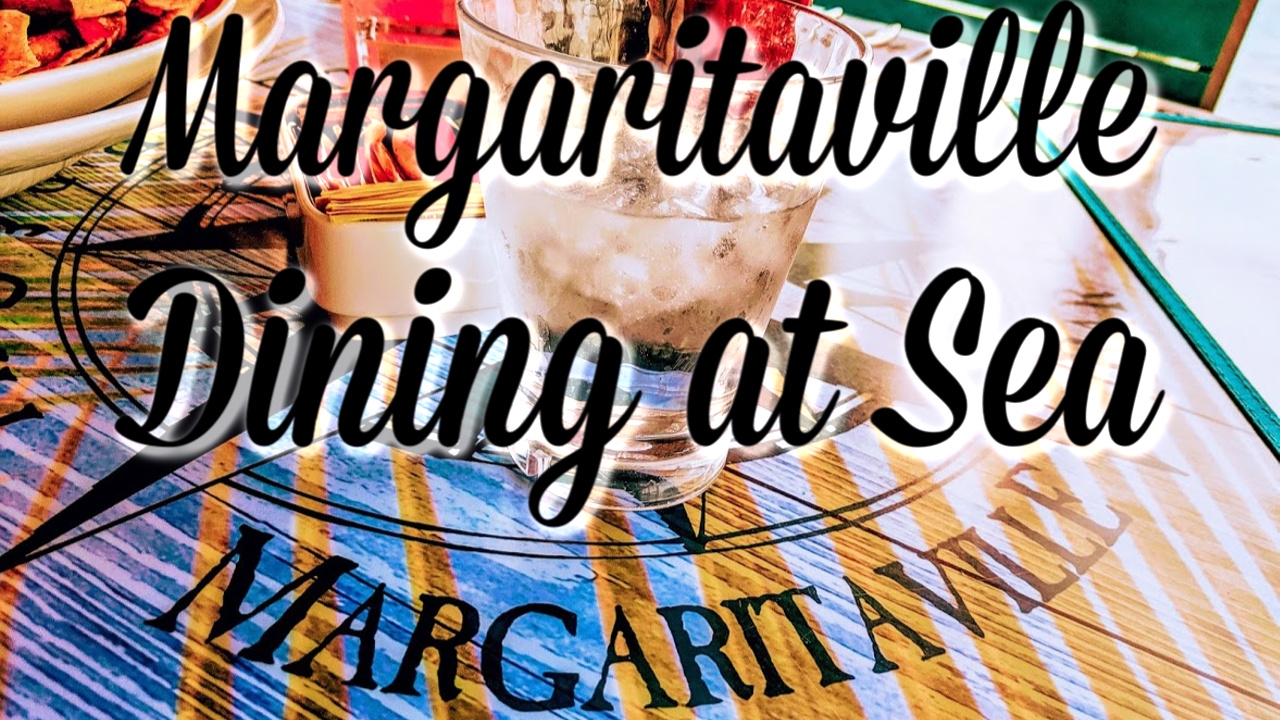 We stumbled across Margaritaville on our first day on the Bliss when we were docked in Vancouver. Seeing it was on the open deck in the cold weather of Canada, we quickly dismissed it as a viable option. We didn't realize the heaters and location made it comfortable not just for me, but perpetually chilly Hannah. And we're so thankful we checked again, since it turned out to be our favorite meal of the entire week. In fact, we loved it so much we came back and did it AGAIN! 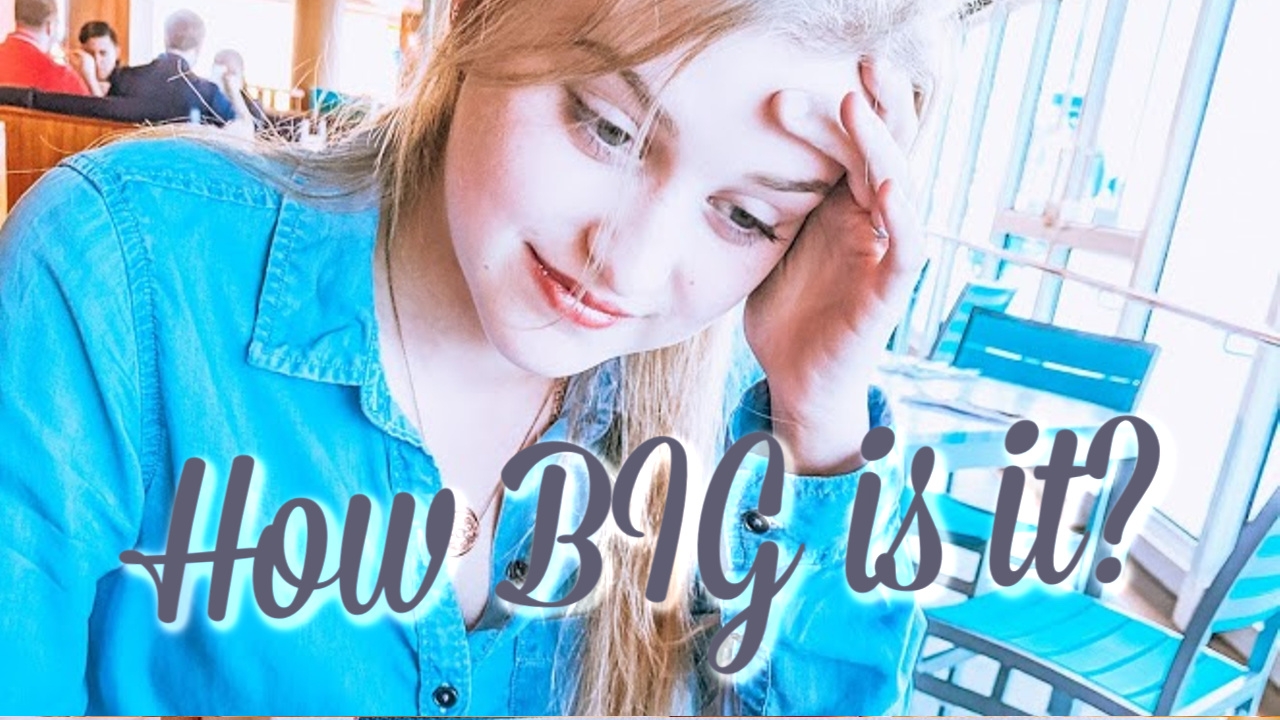 So, here's the deal. Just about every ship at sea has some meals where you pay an additional surcharge to dine. Some take reservations and some don't. Aboard the Bliss, Margaritaville falls into the second category. For $15 per person, you get an appetizer, an entree and a dessert. We didn't realize how much of a commitment this much food was, particularly when we both ordered our appetizer. I ordered a salad and after Hannah found out the Volcano Nachos were gluten free, she ordered them. I took this photo as she checked out what had just arrived at the table. I mean, it was UNREAL how big those nachos were. They could feed our entire family for a meal at home, and they were just one of the appetizers we ordered. 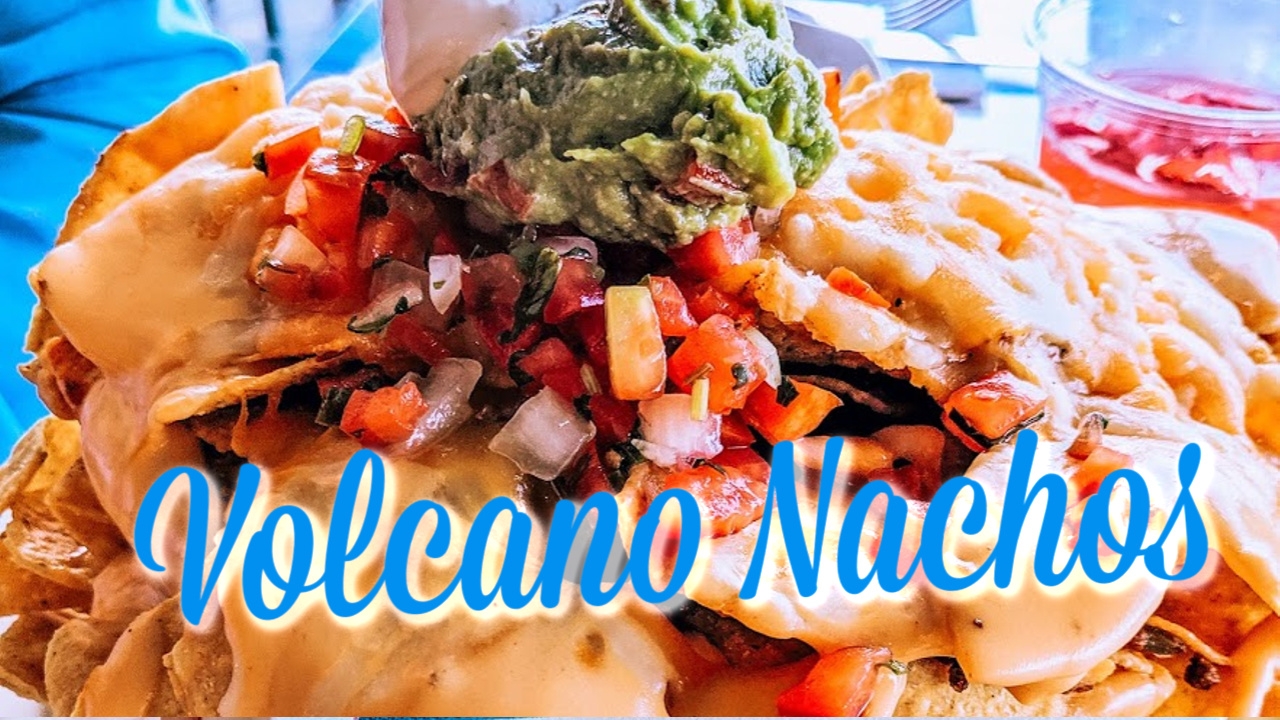 Here they are. They were literally the size of her head. And they were absolutely amazing. You'd think with the amount of travel we experience in a year and the many opportunities we've had to experience these nachos (Universal Orlando, I'm looking at  YOU) we would know of this magic. We did not. Now that we do, I can tell you we WILL be back.

After we shared the salad and nachos, Hannah gave their gluten free cheesecake a try. She couldn't resist an option she so rarely gets to experience. It was the cheesecake that brought us back a second time. Hannah talked about it every meal in between the two.

Our kind waitstaff only charged us for 1 meal, since we ate 3 things - 2 appetizers and 1 dessert. We determined to come back hungrier the next time. And we did! 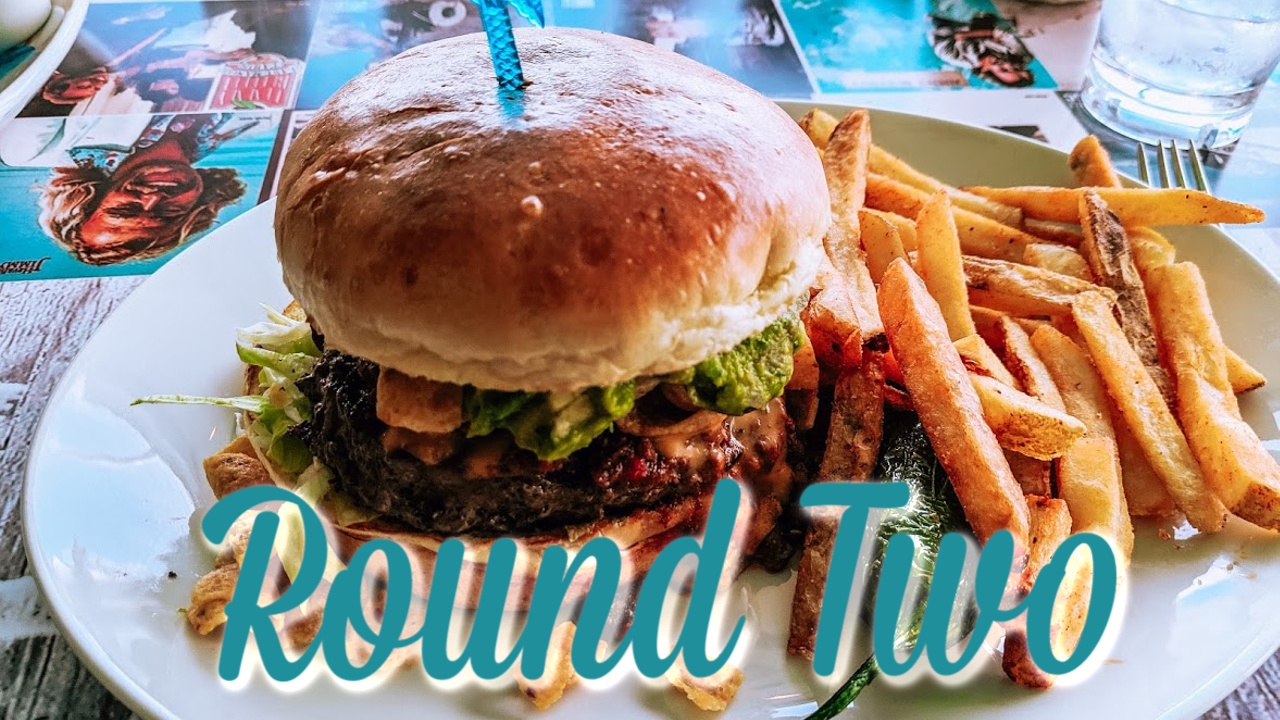 Two bites. I made it two bites into this amazing burger. I don't know how anyone could eat an entire round of food here, but the food is so good, we'll keep trying! The atmosphere on deck is casual and relaxed with plenty of seating, so we recommend you go on an at sea day, sleep in and make it your first meal. Dine leisurely and see how far you can get.

If you're like Hannah, you're eating that cheesecake, no matter what! And they let me take my dessert to go. I had an equally yummy key lime pie. 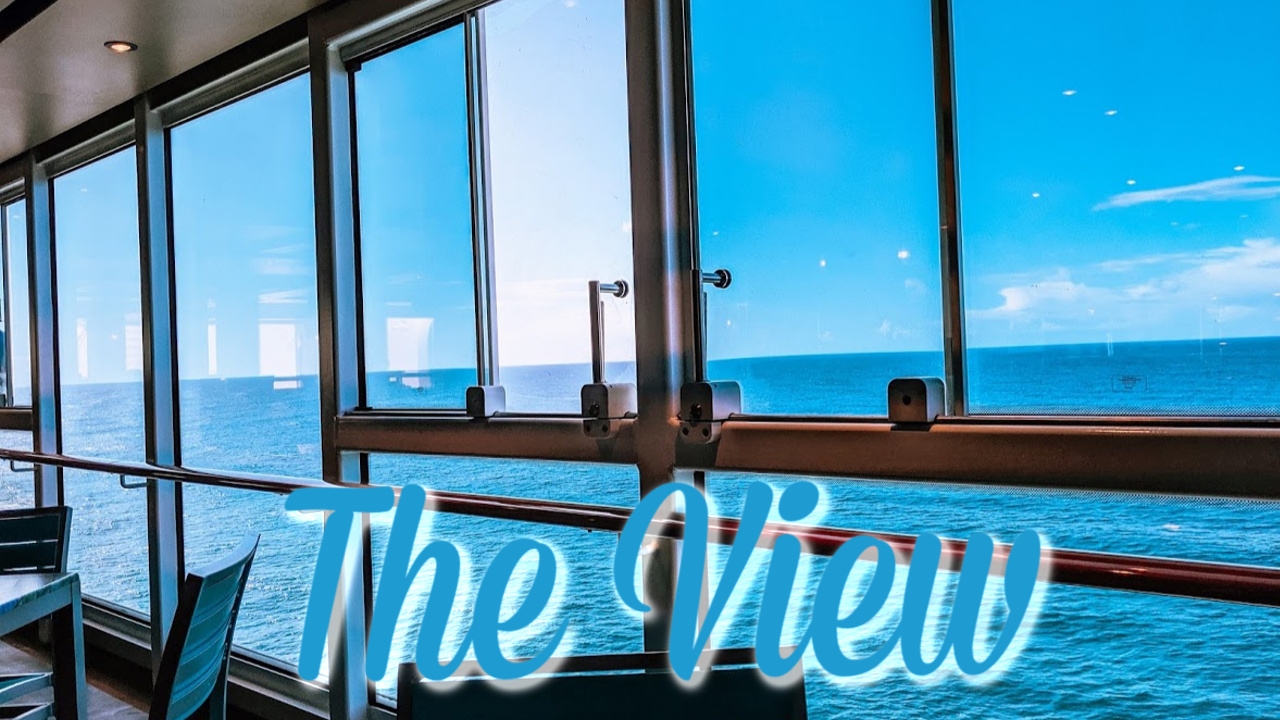 Sure, we can get Margaritaville in many locations, but will this be our view? Even the nachos tasted better at sea.

We took an informal poll of everyone around us and all were equally pleased with both their food and the experience. If you're wondering whether or not to include this in your plans, the answer is yes! Hannah recommends you start with nachos and end with cheesecake. Hope to see you there!