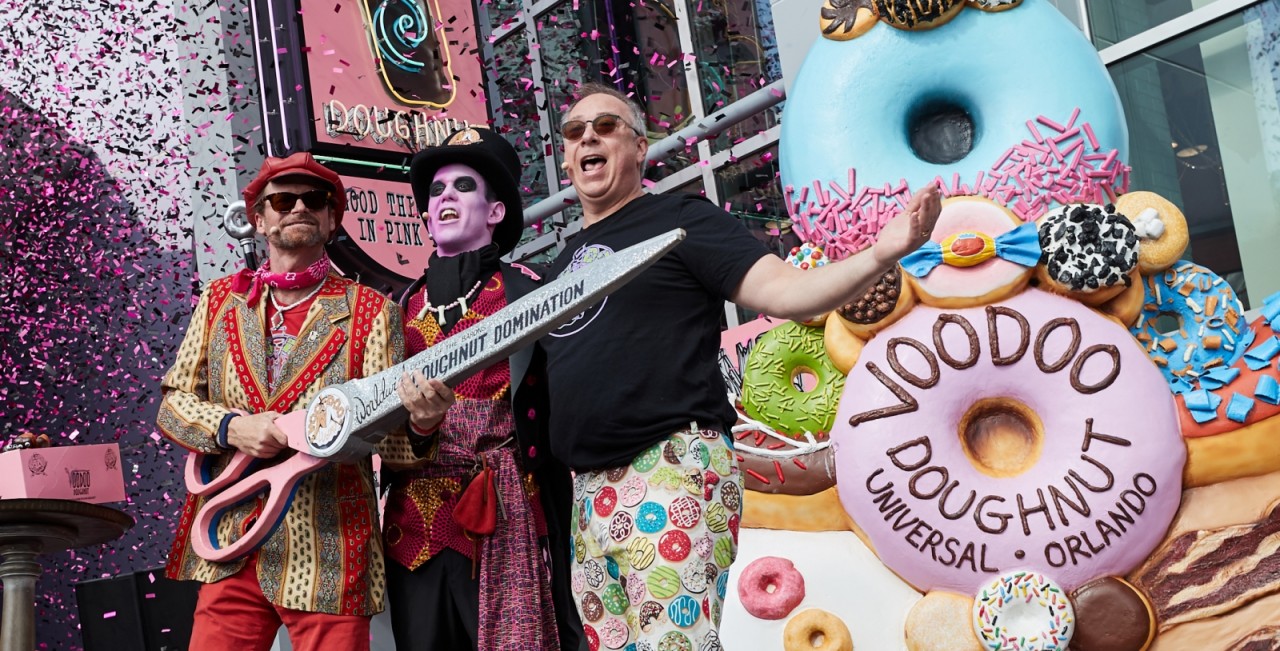 ORLANDO, Fla. (May 2, 2018) – Voodoo Doughnut is now officially open at Universal CityWalk with an amazing line-up of more than 50 types of delightfully weird and sinfully delicious doughnuts. Known for its bold and offbeat vibe, the Portland-based shop is a perfect fit for the incredible and audacious tastes of Universal CityWalk. 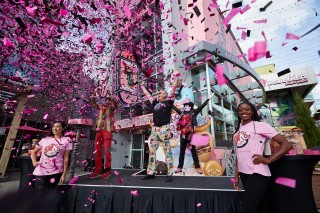 Co-founders Kenneth "Cat Daddy" Pogson and Tres Shannon led the celebration, where – for the very first time live in person – they introduced the charismatic brand icon, the Baron of Voodoo Doughnut. Their eighth location builds upon the Voodoo Doughnut partnership with Universal Parks & Resorts, which began more than a year ago with the successful opening of Voodoo Doughnut at Universal Studios Hollywood.
The Orlando location is the first Voodoo Doughnut on the east coast. And guests can enjoy signature originals and one-of-a-kind creations such as the savory yet sweet Bacon Maple Bar, the doughnut with grape dust and lavender sprinkles Grape Ape and the iconic Voodoo Doll doughnut, which is filled with raspberry jelly and topped with chocolate frosting and a pretzel stake. And for guests who are interested in trying even more doughnuts, they can purchase a Coffin of Doughnuts which features a handmade wooden coffin filled with three dozen doughnuts.
Guests will also enjoy the quirky Voodoo Doughnut venue, featuring art created by Portland locals and a gigantic doughnut throne exclusive to the location. Also unique to the shop is a decorating counter where guests can watch as master decorators prepare the toppings and icing designs on fan- favorites like Oh Captain, My Captain, Memphis Mafia, and Mango Tango. 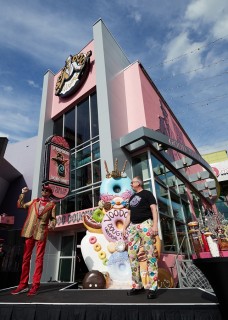 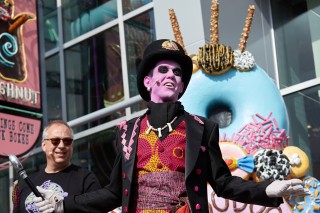 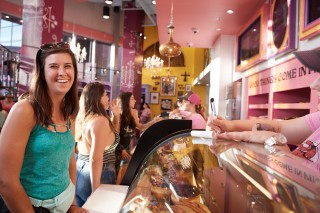 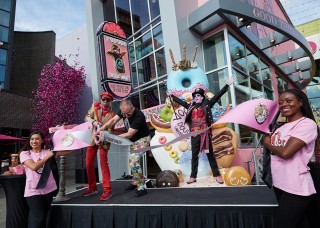 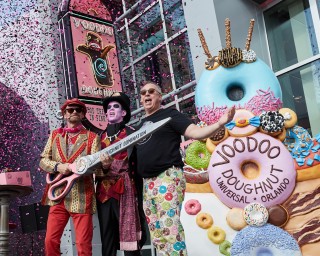 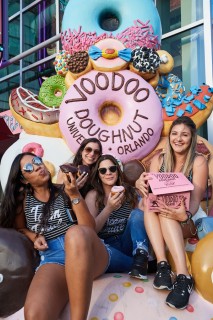 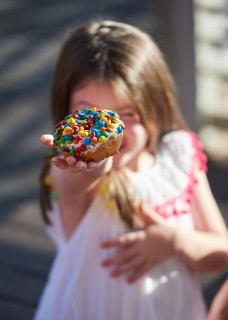 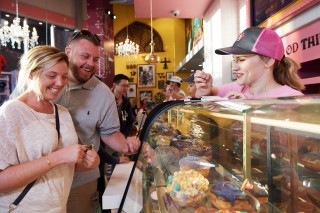 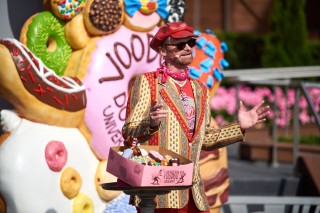 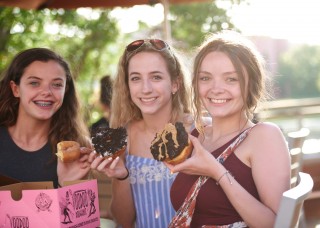 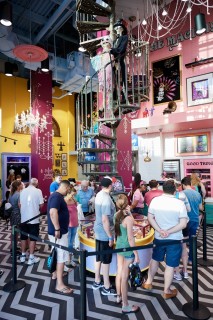 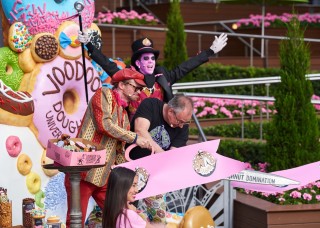 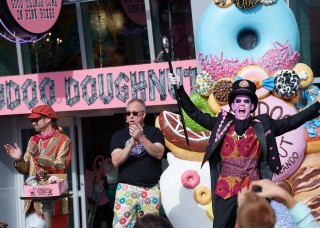