Royal Entertainment Shoots for the Stars 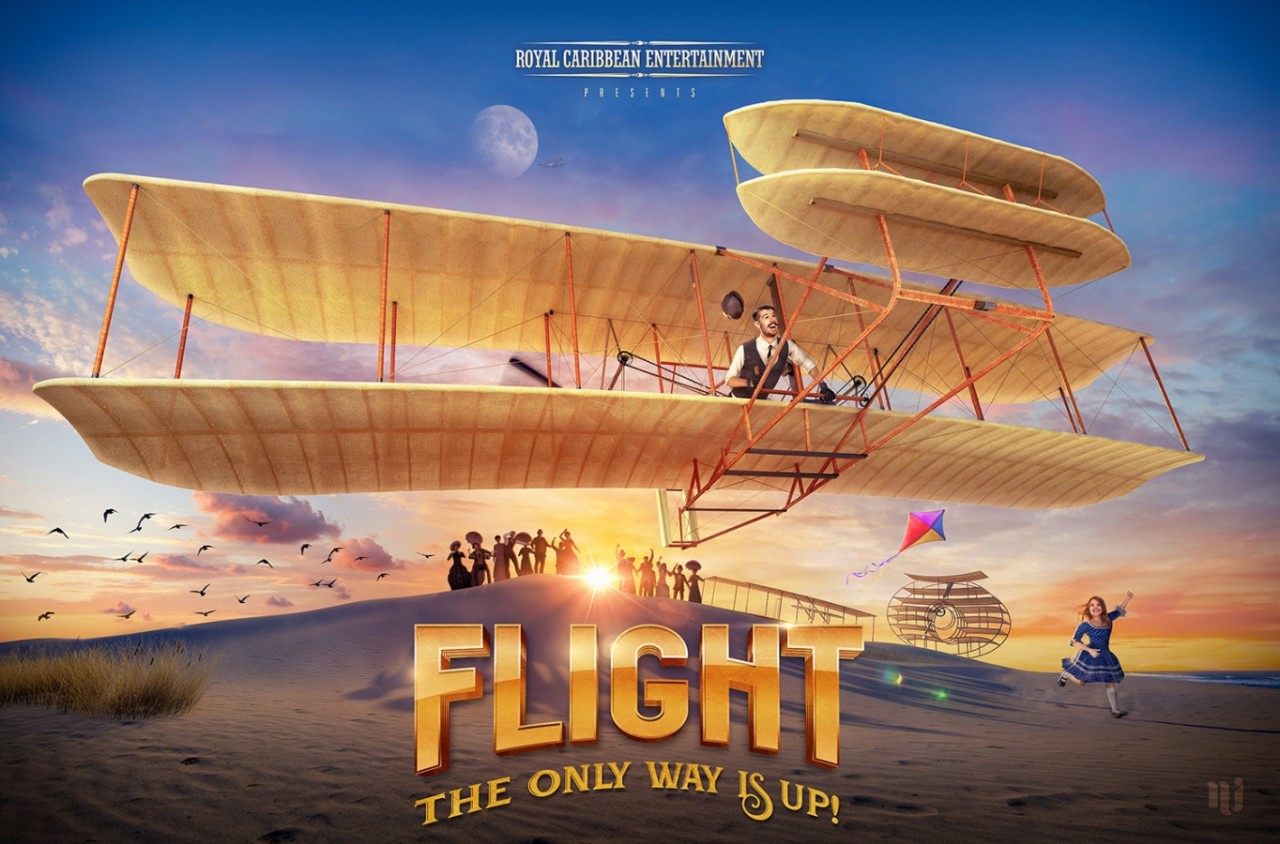 Royal Caribbean International continues to push the boundaries of what's possible in entertainment with the debut of cutting-edge productions on stage, in the air, underwater and on ice on board Symphony of the Seas. Headlining the playbill will be the all-new show 'Flight: Dare to Dream,' a one-of-a-kind journey through the past, present and future of air travel and space exploration that will make history as one of the most ambitious stage productions to date. Guests take off on a spectacular adventure through time, chronicling key milestones in aeronautics, beginning with the first leisure voyage to Mars and ending with a stunning homage to the WrightBrothers' first flight at Kitty Hawk.
A Royal Caribbean Productions original, 'Flight: Dare to Dream' introduces cutting-edge 3D flying technology, video and automation to the 1,401-seat Royal Theater.Going where no stage has gone before, space and zero gravity will be simulated as actors "float" within a detailed replica of the International Space Station (ISS). The first theater set piece of its kind, the detailed design of Royal Caribbean's ISS was informed by Astronaut Clayton C. Anderson, who lived 167 days in space and completed 38 hours and 28 minutes over 6 spacewalks in two separate missions.

"I'm thrilled to have had the opportunity to relive my five months aboard theInternational Space Station for this out-of-this-world Royal Caribbean production," said Clayton C. Anderson, U.S. astronaut, author & speaker. "I worked with Royal Caribbean to ensure the show's zero gravity simulation, and appearance of the ISS replica were as true to life as possible to further enhance the show's wow factor."

Royal Caribbean Productions is the first team to consult with an astronaut that lived in space for a live theatrical production. Complex, high-impact choreography and production also take form in 3D flying with a custom built recreation of the Wright Flyer that will take off into the house; the set piece will have a 22 foot wingspan and single seat "cockpit."

Tags:
RCI RCCL Royal Caribbean Cruise Line
The Sound of Flavor on the Symphony of the Seas
Rider Swap 101