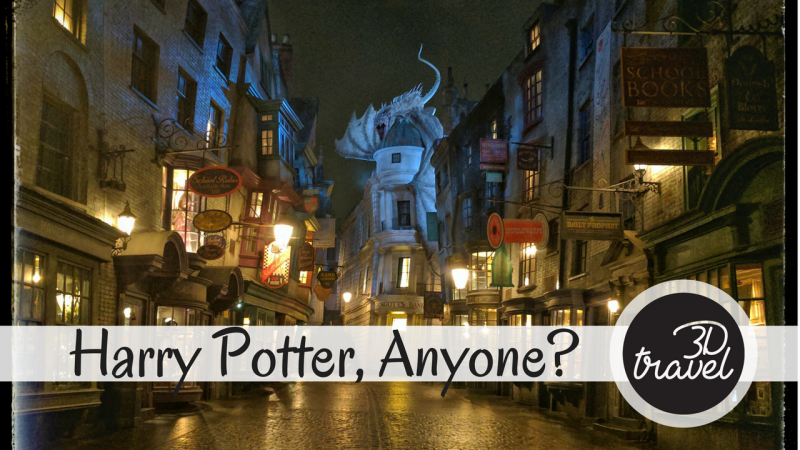 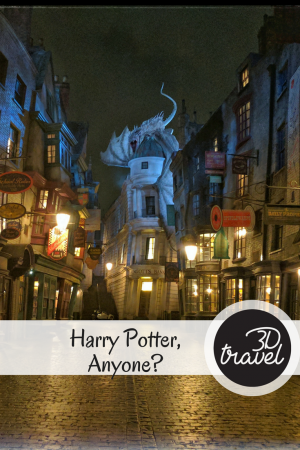 ​We held off reading Harry Potter books for many years.  As Christians, we were often told it would be wrong for us to do so, and we were honestly too busy raising our kids to really examine the validity of the claims. Once I did have time to read the books, I realized that any issue I had with them would be the same issue I might have with "Bibbidi Bobbidi Boo" - magic as a benevolent source for good.  We personally made the decision to teach our children about Fantasy worlds and how to have fun while riding the wave of someone else's imagination, too.  There is no better wave to ride than at Universal Orlando Resort!

And once we found the amazing fantasy world of J.K. Rowling's Harry Potter, we were hooked!  We've read the books, own multiple copies of the films and I can honestly say that all 3 Scott kids have a new favorite place in Orlando, and it's not (gasp!) at Walt Disney World.  It's at the Wizarding World of Harry Potter and the newer Diagon Alley.

When we go to Florida, we go to Universal.  We've even planned whole vacations around Universal, and you easily could do the same.  I  spend at least one full day doing the two Harry Potter themed lands, and I don't ride all the rides they have available.  The detail is incredible!

Hogsmeade was the first land created at Universal Orlando Resort.  There are two entrances - one after you pass through the Lost Continent, which is the one most people walk through, and the back door entrance via Jurassic Park.

Hogsmeade Village is full of incredible detail.  Three Broomsticks feeds us well and is open for lunch every day and for special breakfast options.  At the end of Hogsmeade is Harry Potter and the Forbidden Journey.  It is an amazing attraction from the walk through to the actual vomiting on your own head.... oh, wait.  That last part is just for women who suffer from severe motion sickness and try to ride it in their 30's.  Don't do it if you're like me! Everyone else will have a GREAT time!  And if you are like me, walk through and enjoy the attraction, anyway.  You'll have air conditioned chicken seating while you wait for your group.

Diagon Alley is spectacular for many reasons, but one of the best parts is the entrance from the London Waterfront area.  You may struggle to find it.  Our boys did - took them forever to actually find it!  If you can find the knight Bus, then keep looking and enter the bus station.  So very much to see - all the details are so authentic.  It's especially important for Harry Potter fans to look for Knockturn Alley once you're in Diagon Alley and see the actual fire-breathing dragon!  Visit Weasley's Wizard Wheezes.  Have ice cream at Florean Fortescue's.  And Escape from Gringotts is an attraction I can actually enjoy without any queasiness. It's so much fun!

If you're a Harry Potter fan, the only thing possibly keeping you from a visit is the means to get there.  My team is ready to help you make this magic happen for your kids - there is pricing that can accommodate any budget, even if it means payments are made until you get to go. We've been there and done that - no shame in planning and anticipating for a long time!  Or perhaps it's money you have, but time that you don't. Carve out a weekend - you'll be so happy you did!  And the beds and comfort at Universal Orlando Resort will give you sweet rest while you're there, too.

So, are you ready?  for a new kind of magic?