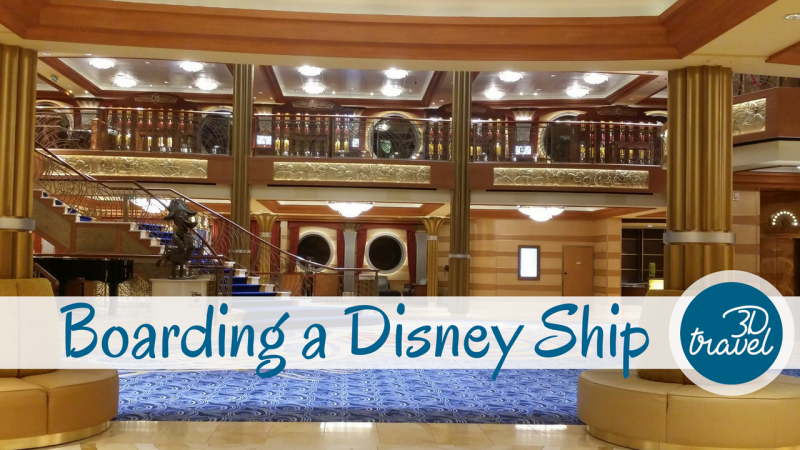 ​This is the ACTUAL VIEW you see when you enter the Disney Dream, a picture I took on my cruise last month. Absolutely gorgeous, right? But that's not even the best part. As you enter the ship, different Disney Cruise Line Crew members will greet you, take your name and proclaim you - YOU - have entered the ship. It's totally Downton Abbey style & It could only be better if Mr. Carson was doing it. 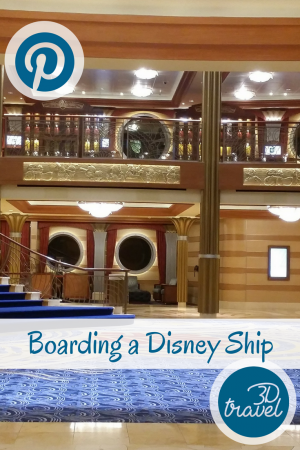 January of 2008 I went to the very first 3D Travel onsite training at Walt Disney World and aboard Disney Cruise Line with our own Charlene, Amy, Kim D and Denise.  This was my first time to board a ship anywhere at any time, but I didn't get to board as a passenger.  No one announced me, because i was part of a tour.  Don't get me wrong.  It was amazing!  But it wasn't the same.

One thing I do remember that was so special was how much our Kim didn't want to leave that ship.  We were exiting the atrium in a line as they announced each family.  "Introducing the SMITH FAMILY!"  Up until that time Kim could have been voted most likely to be within arm's reach, but not then.  Where was she?  I looked around for her.  I looked and looked, and do you know where I found her?  The back of the line!  She was going to take as much time as possible on that beautiful ship as she could.  She was tearing up as she watched family after family have THAT moment - THE moment.  In fact, she went to the end of the line twice!  She clapped loudest.  She cheered hardest.  If she could live on the ship and do it every day, I know she would.

Kim's enthusiasm was contagious and I boarded a ship myself for the first time later that year, as a bona fide cruise passenger.  We have so many wonderful stories from that cruise and they all started with this moment - the moment we walked into the atrium.

"The Disney Wonder Welcomes THE SCOTT FAMILY!"  and then everyone in the atrium cheered.

And a lifetime of magical memories began! (And Kim was there to cheer that time, too!)