The 3D Team Earns our Masters! 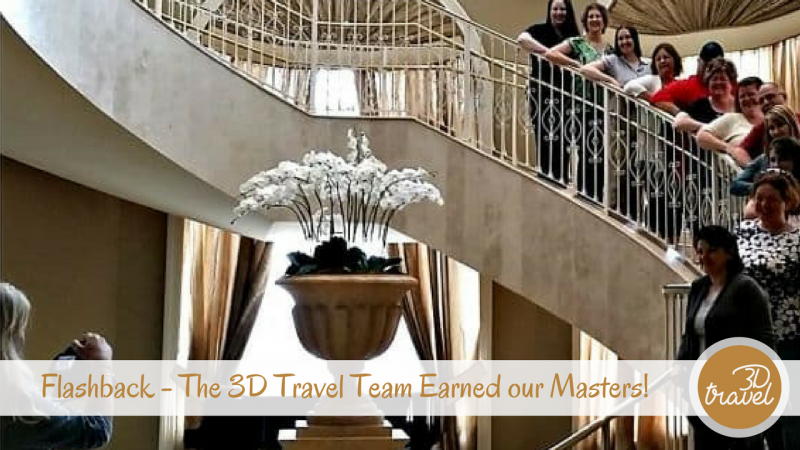 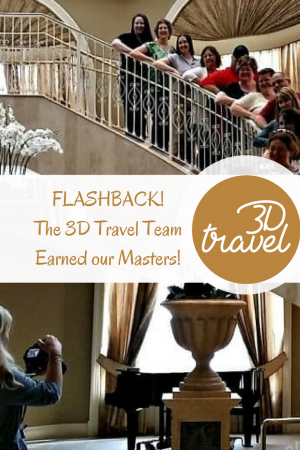 ​As part of 3D's continuing efforts to improve the quality of our care for each of our clients, we now provide opt-in training for each member of our team in four specialist areas.  The first designation many of our agents earn is Central Florida.  The best of our team then go on to complete their master's level certification, something that can only be earned by actually experiencing the resorts, parks, transportation and dining they diligently customize for each client's itinerary.

Earning this designation was no small task!  To even qualify to attend the masters level, each agent had to complete a minimum of one month of intense training online and through reading books (remember those?) about Central Florida Destinations. Each 3D Travel Agent learns about every resort at Walt Disney World, Universal Orlando Resort and many more!  They learn all about each theme park, including seasons, special pricing, events, weather and how to maximize enjoyment for minimal costs.  Finally, each agent learns about items beyond the parks and resorts - strollers, ECV's, insurance options, special issues, disabilities, athletic events, holiday happenings, airports, transportation and so much more!  Only after they complete each level of online training and pass every test are they eligible to attend onsite training.

And what do we do when we're onsite?  It varies each time, but this time our team experienced the following:

That's a lot in a week, isn't it?  And they did each and every tour, experience and I'm sure took every bite with you, their clients in mind.