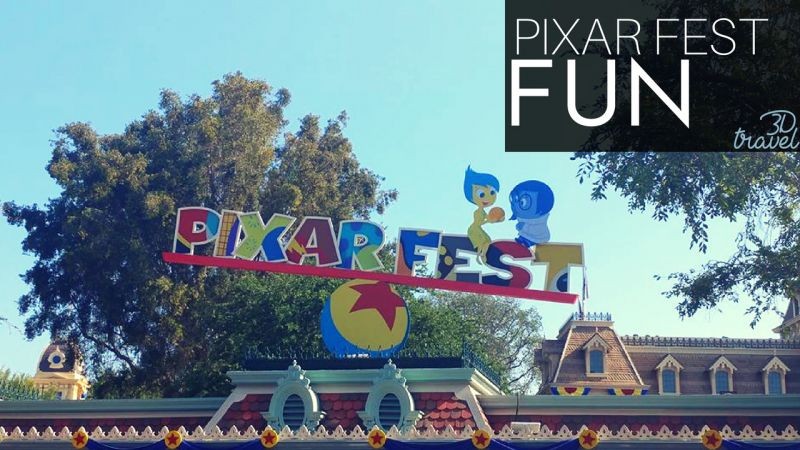 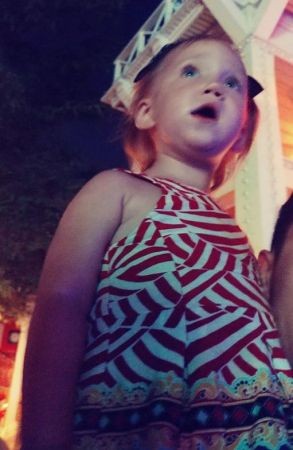 My daughter watching "Paint the Night"

Pixar Fest is booming at Disneyland, California, and the massive event is being held at both Disneyland and California Adventure parks. From April 13th until September 3rd, Disney is celebrating friendship and beyond with all of the Pixar characters we know and love.  My family drove across the country (yes, cross country with 2 toddlers!) to see what all the buzz was about, and spent an amazing 3 days exploring the Disneyland parks.  There was so much to experience, but these were my family's absolute favorites! 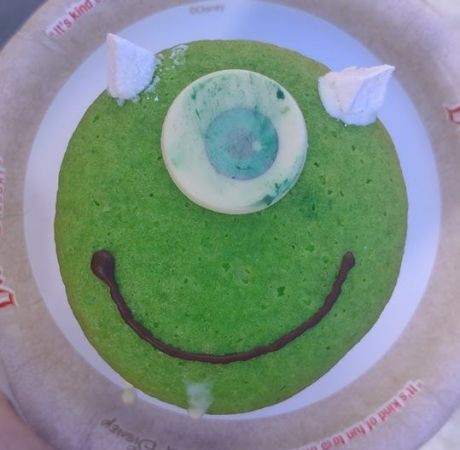 There were so many food options created specifically for Pixar Fest.  We didn't even come close to trying everything (not from lack of trying!), but we did have a few stand out favorites.  The first was a "Whoop-Eye-Pie" from Schmoozies! in Hollywood Land at Disney's California Adventure.  The dessert was made to resemble Mike Wazowski from Monster's Inc, and had a birthday cake ice cream in the center.  There was also a specialty shake available.  After enjoying this sweet treat, we walked over to the Lucky Fortune Cookery in the Pacific Wharf (also in California Adventure) for some of "Harryhausen's Chilled Noodle Salad", another Monsters Inc. based snack.The salad is made with blue and purple iridescent noodles, and comes with a spicy-sweet sauce on the side, so be careful if you're sharing with little ones.

However, my favorite snack when I visit a Disney park is the churros, and the Pixar Fest had two churros that will forever be added to my list of favorites. The first is once again at California Adventure over in A Bug's Land. Named the "Ant's on a Log", this churro is drizzled with icing and topped with chocolate rice cereal. Can you say YUM! The second churro I have to mention is across the way at Disneyland Park in Frontierland. This churro was in a little cart near Big Thunder Mountain and I almost missed it completely. The "Cocoa Churro", based on the new hit movie Coco, was a chocolate dusted churro, and came with a Mexican chocolate dipping sauce. It was so good, that before I knew it I had completely devoured it before snapping a picture! 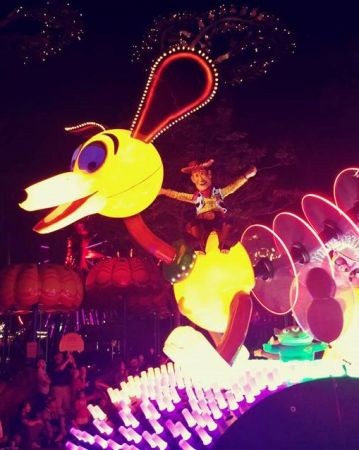 Woody and Slinky Dog during the Paint the Night Prade

There are two parades I want to share with all of you.  The first is the "Pixar Play Parade" at Disneyland.  This parade was once at California Adventure, and has been brought back for Pixar Fest with a few new additions.  The parade is now led by our favorite Lamplight, and we also get to see a float representing UP as well as a new Inside Out float.  This parade is full of fun surprises, and make sure you watch out for Jack-Jack!  And a word of caution, you might get splashed!

The second parade I want to mention is the "Paint the Night" parade at California Adventure.  This is a nighttime parade that showcases our favorite Disney and Pixar characters.  What makes it perfect for Pixar Fest is the Cars, Toy Story, Monsters Inc. and Finding Nemo floats.  And as of June 23rd, there is now a brand new Incredibles float joining the parade.  This parade is so much fun, and the beautiful lights make it very entertaining for kids.  It definitely became a family favorite for us.

It's not a trip to Disney without some awesome fireworks, and Pixar Fest features a jaw dropping display.  "Together Forever-A Pixar Nighttime Spectacular" lights up the Disneyland resort, with viewing areas on Main Street USA, the Rivers of America, and in front of It's a Small Word.  Not only are there fireworks being featured above, but the show also utilizes projections in all three viewing areas.  Each area offers a unique view of the fireworks, and has it's own advantages.  We personally set up in front of It's a Small World, and had the fireworks not just in front of us but behind us as well.  It also gave us more room to stretch out and the kids were able to see from their strollers, although they both wanted out for a closer look! 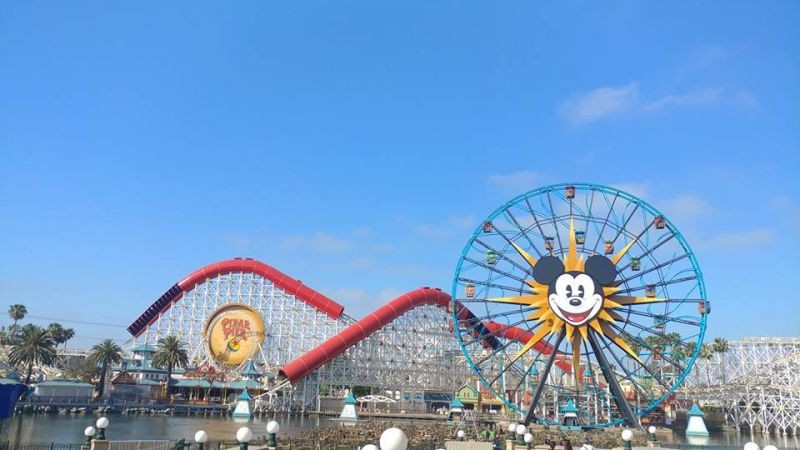 Formerly known as Paradise Pier, Pixar Pier officially opened on June 23rd. Completely re-imagined, Pixar Pier features multiple Pixar films, including the Incredibles, Wall-E, Inside Out, and Toy story to name a few.  But the headline attraction is the Incredicoaster (formally known as California Screamin'), which brings to life our favorite Pixar family in a brand new way.  This expansion is amazing, and I can't wait to go back and see everything at the new Pier.

​So those are my family's thoughts on Pixar Fest!  Stay tuned for more of our toddling antics! 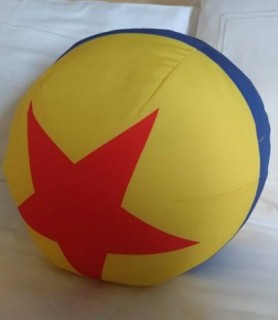 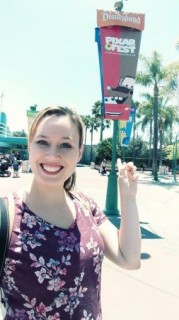 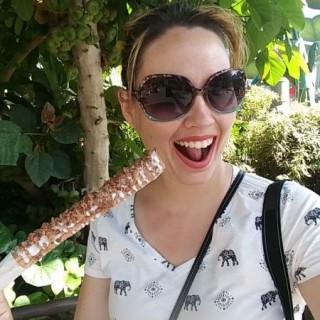