Performing in the Talent Show aboard Disney Cruise Line 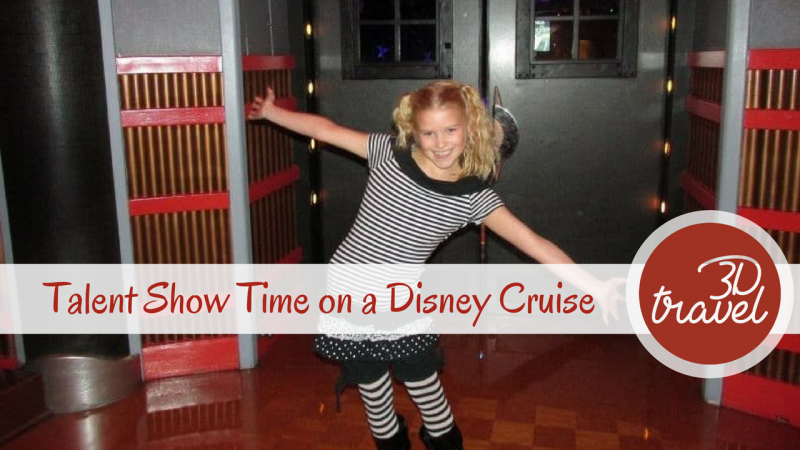 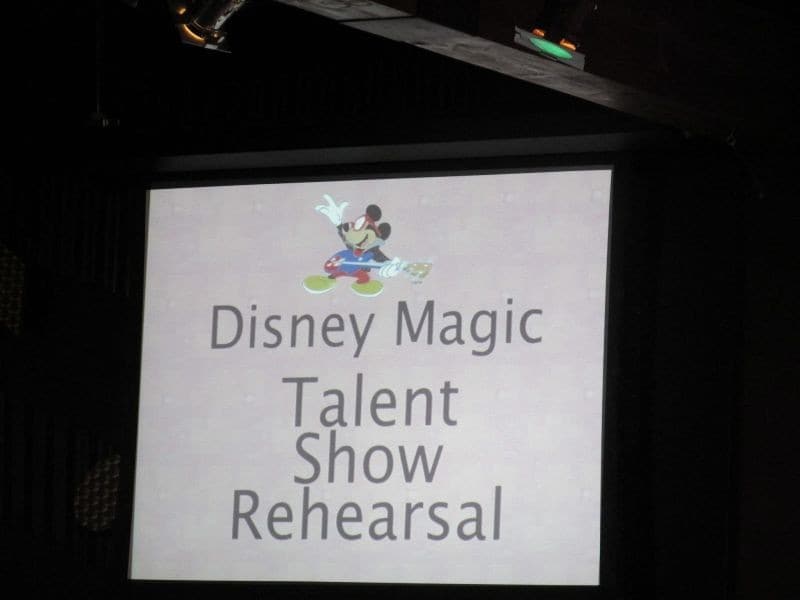 My children live and LOVE getting onstage. During a week long cruise they had the chance to get up on a stage and show their cruise mates what they were made of.

The question was...would they do it? Of course, Hannah would - did - and did it again! 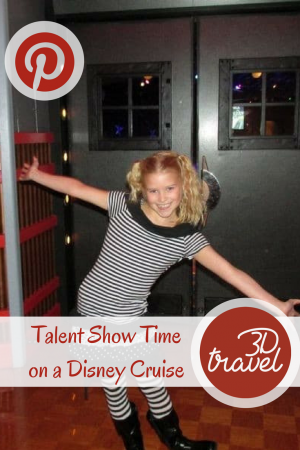 ​For Hannah's first time in the talent show, she was a little spooked. As a dancer, she wasn't allowed to be ON the stage due to equipment. If she'd been a singer, she could have gone up there, but dancers might knock things off or run into something. She had to dance in the area in front of the stage. This spooked Hannah a bit, but in the end she made it through

If you decide to show off your skills, you'll have to sign up and then show up to the rehearsal. This isn't hard really, but even though we were in all the theater to watch the shows every night and we read the Navigator we missed it somehow. At the last minute we found out about it & quickly we signed up, but nearly didn't do it in time!

Also, we ended up rearranging our day to make rehearsal. It wasn't a big deal, but in retrospect we could have done better. So, here's what you do! Learn from us & make your talent show time the best ever!

Step One: Go to the excursions desk. There should be a sign up sheet on the desk. Bring a pen or come early in the day. We didn't have one and no one was there because it was after hours.

Step Two: Once you do sign up,  make sure the day of the Talent Show you find the time for rehearsal either on your navigator or by speaking to a cast member.

Rehearsal ended up being an overwhelming experience for my Hannah. She's been on stage in both amateur and professional productions, competitions and recitals, etc. But this ate her lunch. It was the shock of being in a small, closed-in room with everyone right THERE where she could see them. I honestly blame myself, because she felt unprepared as we rushed about. Once she got through rehearsal and calmed down, she was great.

If you have a child who isn't quite so hard on themselves or you come ultra-prepared like Hannah did the next time, you will be GREAT! It's so much fun. You get professional sound and a VERY supportive group of cast members and fellow guests who are there to make you feel great about yourself. Disney does everything to make it a positive experience. And NOW You will be PREPARED!

You can see that her stress-tears dried up and Hannah was ready to shine that evening. She got up and hip hopped for the crowd and lit up the room. She had so much fun! We know you will, too! 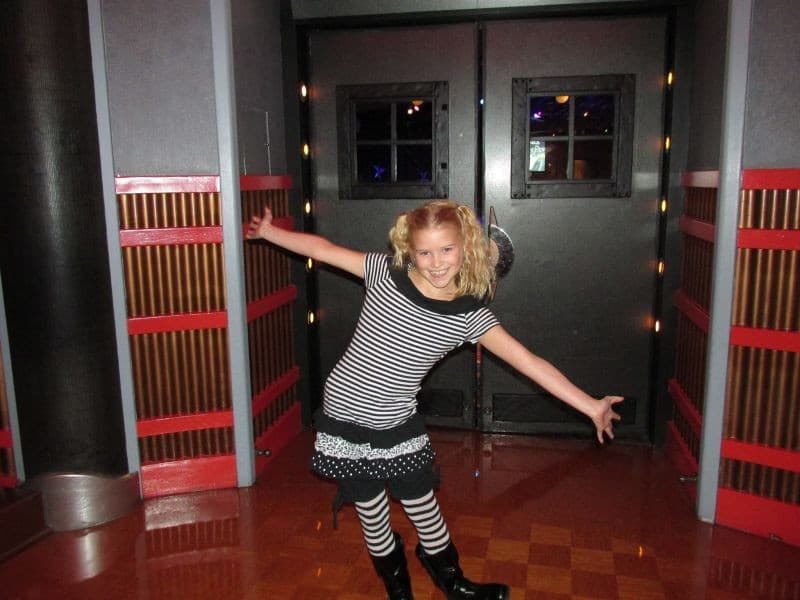