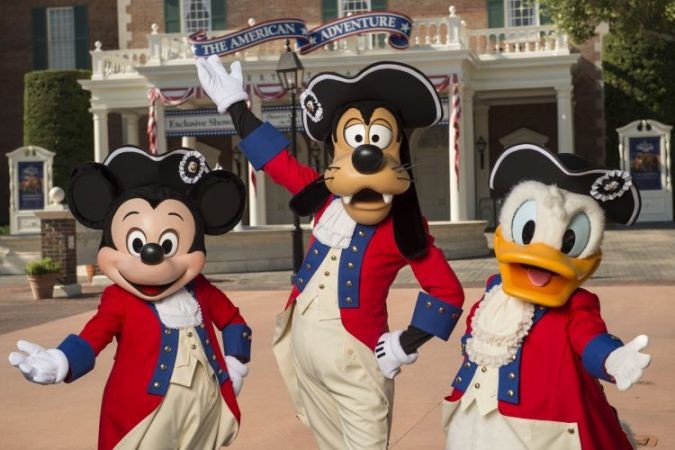 Disney Characters Mickey Mouse, Goofy and Donald Duck dress in their patriotic best to celebrate the Fourth of July at Walt Disney World Resort. The characters appear for meet and greets at the American Adventure at Epcot for the holiday. (David Roark, photographer) 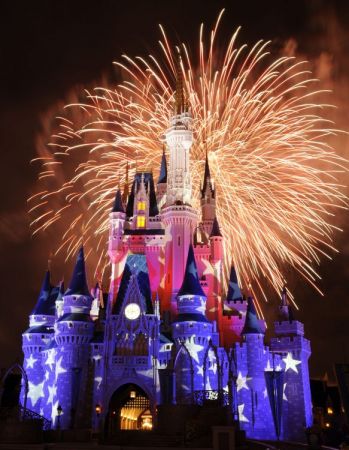 Fireworks are synonymous with the Fourth of July and Walt Disney World Resort, and on Independence Day 2018, Disney theme parks will offer guests a bevy of booming delights.

FUN FACT: The Liberty Bell in Liberty Square is a replica cast from the same mold of the original in Philadelphia; it was placed in Magic Kingdom Park in recognition of the bicentennial of the United States Constitution in 1987.​ 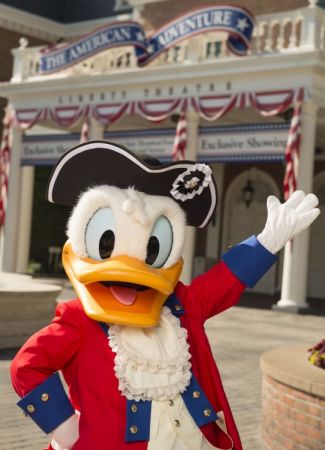 Nighttime "wows" for the holiday include:

Disney's Celebrate America! A Fourth of July Concert in the Sky
Fireworks will soar above Magic Kingdom Park while the air swells with patriotic melodies. The two-nights-only show starts at 9:15 p.m. on July 3 and July 4.

DJs will host dance parties in Frontierland and Tomorrowland on July 3 and July 4.
The Muppets Present…Great Moments in American History: Miss Piggy, Kermit, Fozzie Bear and friends reenact famous moments in American history – as only they can. The live show is performed daily in Liberty Square.

IllumiNations: Reflections of Earth
The perennial "kiss goodnight" at Epcot will include a special fireworks finale that paints the sky red, white and blue. The spectacular begins at 9 p.m. on July 4.

The Voices of Liberty a cappella group will perform traditional Americana songs on the America Gardens Theatre stage at 5:30, 6:45 and 8 p.m.
Disney Characters dressed in Independence Day attire will meet guests during the day at The American Adventure.
FUN FACT: More than 26,000 feet of lights outline the Epcot World Showcase pavilions that play a role in "IllumiNations: Reflections of Earth."

Star Wars: A Galactic Spectacular
Fireworks are just one portion of this immersive nighttime experience at Disney's Hollywood Studios. Adding state-of-the-art projection effects, dynamic lighting and lasers, the show transports guests to a galaxy far, far away and into iconic scenes from the Star Wars saga. This one-of-a-kind "wow" begins at 10 p.m. on July 4.

A Fourth of July cupcake featuring an apple-pie filling at Creature Comforts and Isles of Java at Disney's Animal Kingdom.
A sparkly red-white-and-blue coconut macaroon dipped in white chocolate at BoardWalk Bakery at Disney's BoardWalk Resort.
Patriotic dipped strawberries and Mickey Mouse and Minnie Mouse mini-domes at Amorette's at Disney Springs.
The Fourth at the Fort
Disney's Fort Wilderness Resort & Campground will offer several special events around the Fourth of July holiday:

The Fourth of July 5K Run will take place Tuesday, July 3. Pre-registration is available June 24-30 from 9 a.m.-5 p.m. at the Fort Wilderness Bike Barn. On-site registration begins at 7 a.m. in the field next to Mickey's Backyard BBQ; the run begins from that location at 7:30 a.m.
The Fourth of July Golf Cart Parade begins at 4 p.m. on July 4. Registration will be open June 24-30 from 9 a.m.-5 p.m. at the Fort Wilderness Bike Barn.
The Fourth of July Beach Bash at Clementine's Beach will take place from 6-11 p.m. on July 4. Guests will enjoy a live DJ, dancing, games, contests, a movie, and more. In addition, the Fort Wilderness food truck will be available in the settlement area with delicious items for purchase.
FUN FACT: The show now includes an all-new sequence from "Solo: A Star Wars Story."​ 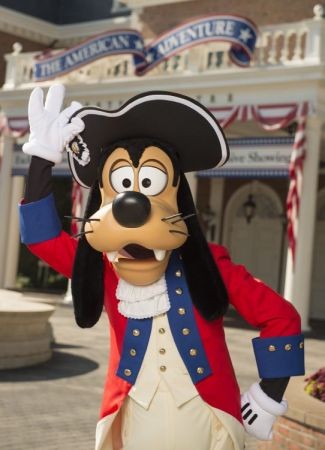 A Fourth of July cupcake featuring an apple-pie filling at Creature Comforts and Isles of Java at Disney's Animal Kingdom.
A sparkly red-white-and-blue coconut macaroon dipped in white chocolate at BoardWalk Bakery at Disney's BoardWalk Resort.
Patriotic dipped strawberries and Mickey Mouse and Minnie Mouse mini-domes at Amorette's at Disney Springs.
The Fourth at the Fort
Disney's Fort Wilderness Resort & Campground will offer several special events around the Fourth of July holiday: 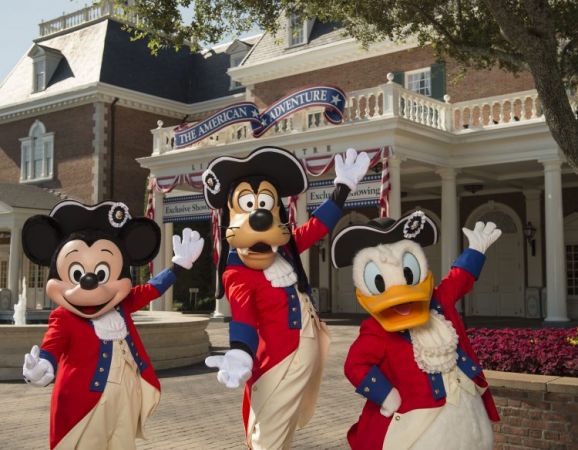