Can I eat on a Carnival Cruise Ship if I'm Gluten Free? 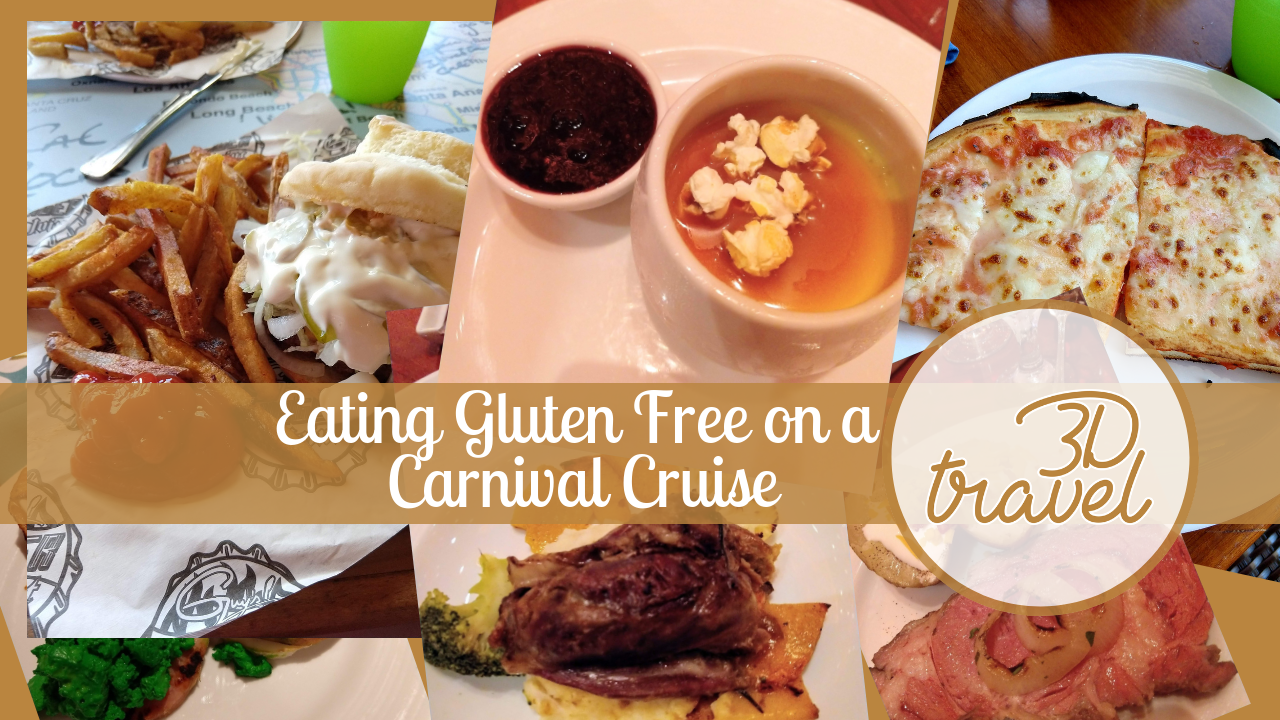 I love food! Seriously. It's pretty evident in my lifelong struggle with my weight. To say I was bummed when diagnosed gluten sensitive at 39 years old is an understatement. I LOVE me some gluten! Such is life, right? I decided being gluten free was not going to deter me from traveling. I'm happy to report, Carnival Cruise Line was safe for me! I didn't get sick once during my week long cruise on the beautiful Carnival Breeze.

I will say it was a little rocky when I first boarded the ship. I was traveling with my parents, my husband and 4 kids plus my two sisters and thier families. It was 18 of us total! Traveling as a large group is highly recommended, by the way. We had a blast! Once we boarded, we headed straight to Cabanas, the main buffet. Since I wasn't sure what I could eat, I flagged down the first person I saw to ask for the chef. He was very kind and told me to stay put while he found the him. It took about 5-10 minutes for the chef to appear. He was also very kind and told me what I could eat on the buffet. Honestly, it wasn't much. One meat item, some rice and he said that tomorrow they would have gluten free bread on the line at the deli section.
He said I would be able to eat at Guy's Burger the next day and that the main dining room was going to be one of the safest options during the entire cruise. It was looking grim, until he mentioned that upstairs at Cucina del Capitano, the specialty Italian restaurant, had gluten free pasta with marinara sauce. I decided that was my best bet for that meal, since he mentioned it several times. The chef walked me up there and explained how the ordering process works. I was able to choose meats and vegetables with my gluten free pasta (spaghetti) and marinara sauce. I was not able to eat the bread (obviously) or ceasar salad. But, my meal was good! The others dining with me said it was just okay. Normally Cucina Del Capiano is an additional surcharge, but only at dinner. Lunch is included with your cruise fare. ​ 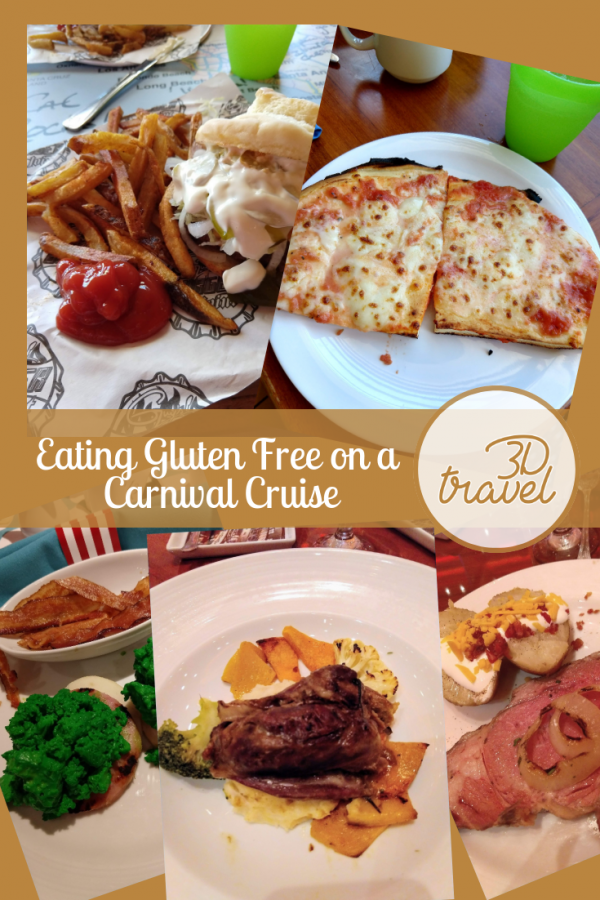 ​My next dining experience was that night at dinner in the main dining room. There were a lot more choices here! My server, Jerry Lou, explained that tonight I would order what was obviously gluten free but then he would bring me the next night's menu to order from. This would be the process each night. It became fun for my entire table of 12 to pass around the next night's menu to see what they would order too! I also pre-ordered breakfast to eat in the main dining room at the evening meal. I was ecstatic to learn the famous Carnival Chocolate Melting cake could be made gluten free!! See above about me loving food! Ha!

I first tasted this delicious cake, pre gluten free, that literally melts in your mouth and is so delicous at a Carnival Ship tour for travel professionals. I was hooked! I may have cried if it couldn't be made for me. I had it every night and sometimes ordered two desserts. One time, the second dessert I ordered did not come and Jerry Lou explained that it couldn't be made gluten free. I was okay with that, of course, as I know not everything can be modified. I still had my chocolate melting cake, though!

My experience dining in the main dining room was exceptional. Not once did I get sick. I mentioned before that I was diognosed gluten sensitive (no, I am not Celiac...all of those tests came back negative) but I soon found out that I am highly sensitive to cross contamination/contact. I cannot have anything near gluten or even if someone didn't change their gloves while preparing my food, having touched gluten previously, I would react. So, this was no small feat for me to not get sick!

"I was ecstatic to learn the famous Carnival Chocolate Melting cake could be made gluten free!"

​I also experienced the famous Guy's Burger Joint, of which I am a huge fan, now. I simply asked when it was my turn if they were able to accomodate me being gluten free. He said yes, and asked if I wanted fries. I got a little excited, but not too much since it is rare to be able to have fries at a restaruant. He said yes, they had a dedicated fryer! *Happy Dance*

For those of you not gluten free or Celiac, let me explain. Most restaruants fry all of their food, breaded chicken strips, breaded steak, french fries etc in one fryer, therefore rendering the french fries cross contaminated and not gluten free anymore. So, when a restarurant has a "dedicated fryer" it means they only fry potato products, corn tortilla chips etc. in that fryer and it remains gluten free. Yay! I was thrilled they were able to include fries with my burger. It was all delicious!

My next culinary experience was at BlueIguana Cantina. I took a risk here, that I probably shouldn't have but it turned out okay. I was in line for tacos and noticed that the same spoon was being used for all the meats, chicken, pork and beef, but I couldn't tell if the spoon touched the flour tortillas or not. It was my turn and I asked about corn tortillas because I couldn't eat gluten. She looked a little confused and said she would go ask. Red flag number two. She returned and had my corn tortillas and my husband asked her if she had changed her gloves before touching the corn tortillas. That was a good catch by my husband. Sometimes he's a better advocate for me than I am! She responded with yes, she had indeed changed her gloves. I opted for the pork, since it seemed to be the less popular choice. I stuffed my tacos at the toppings bar and they were delicious. I, again, did not get sick. Whew!

I also ordered pizza from Pizza Pirate that was just okay. I was the most concerned here since the pizza dough is made in front of you which meant there was flour everywhere! My order was taken and he disappeared to the back and took about 10 minutes to reappear. It definitely looked different from the other guest's pizzas so I felt like it was safe, which of course it was.

Desserts, other than the main dining room didn't exist for me (it was plentiful for other guests at The Sweet Spot), besides Swirls the soft serve ice cream. Swirls was very good and I indulged way too much, probably! The really nice thing about Swirls was there are cups and spoons next to one of the machines, in addition to the cones. If you forgot which one, it was a bit of a pain to go to the other one, but I soon remembered which machine had them. 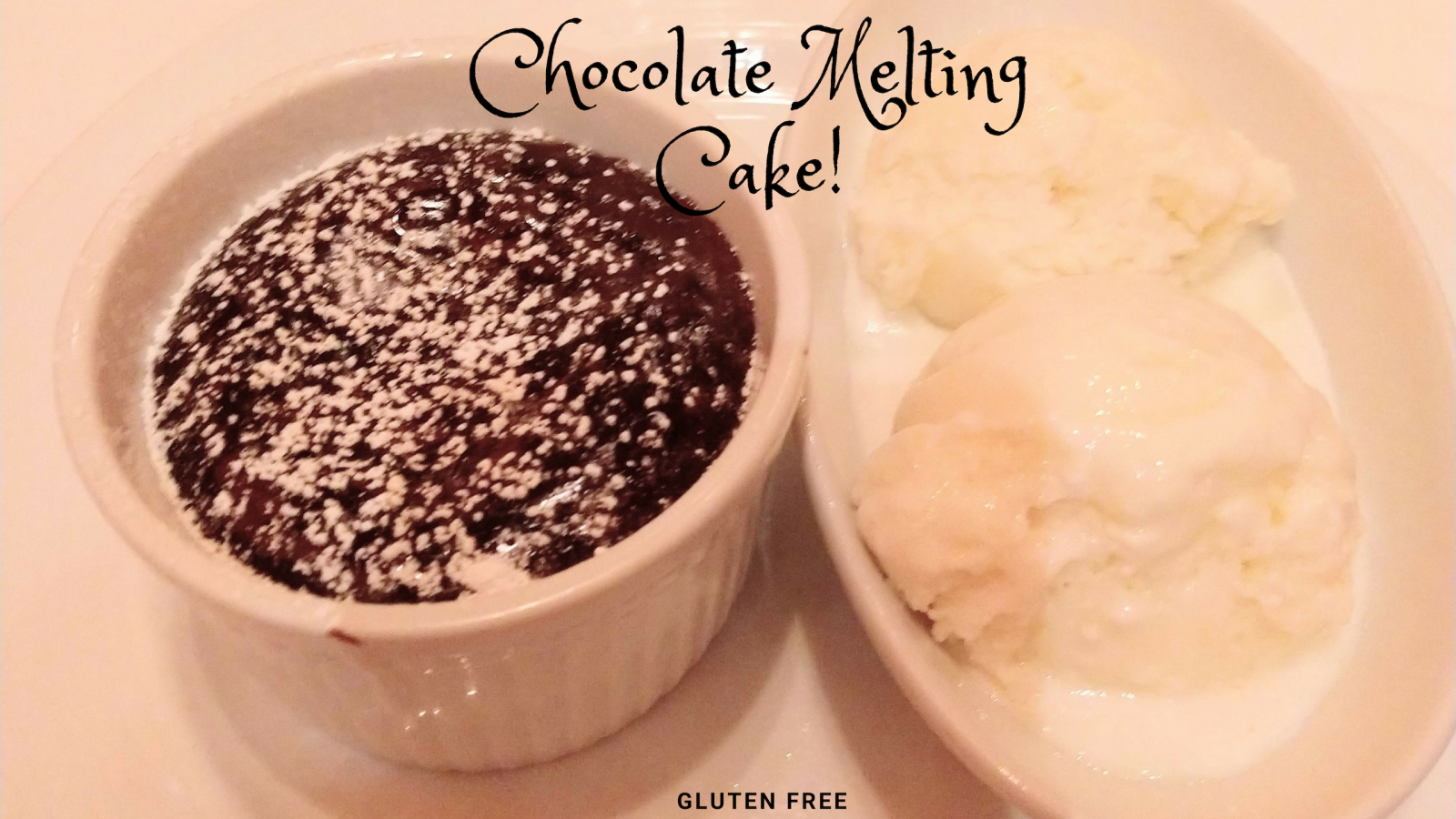 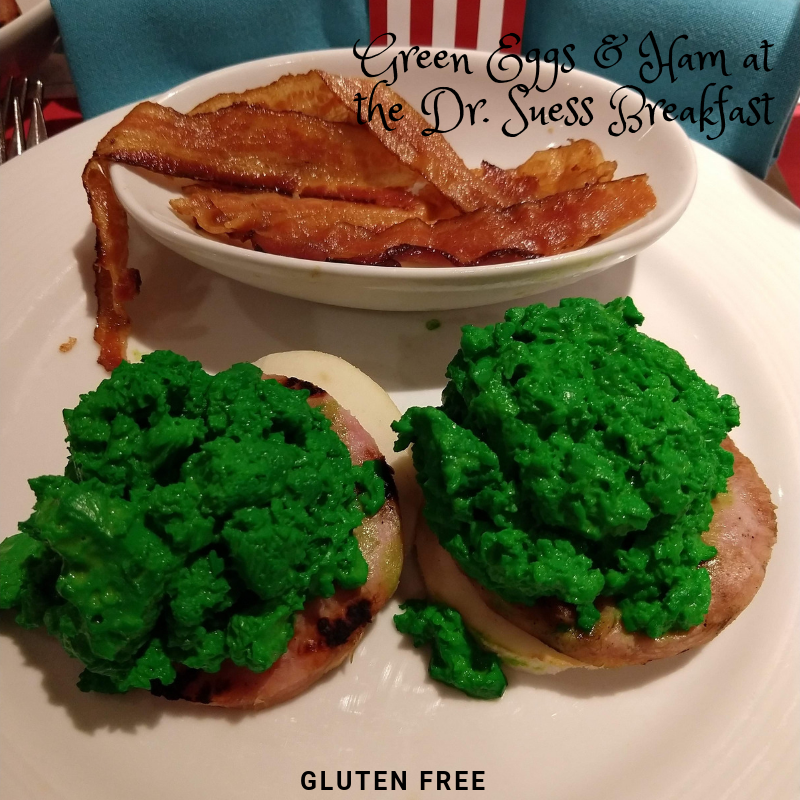 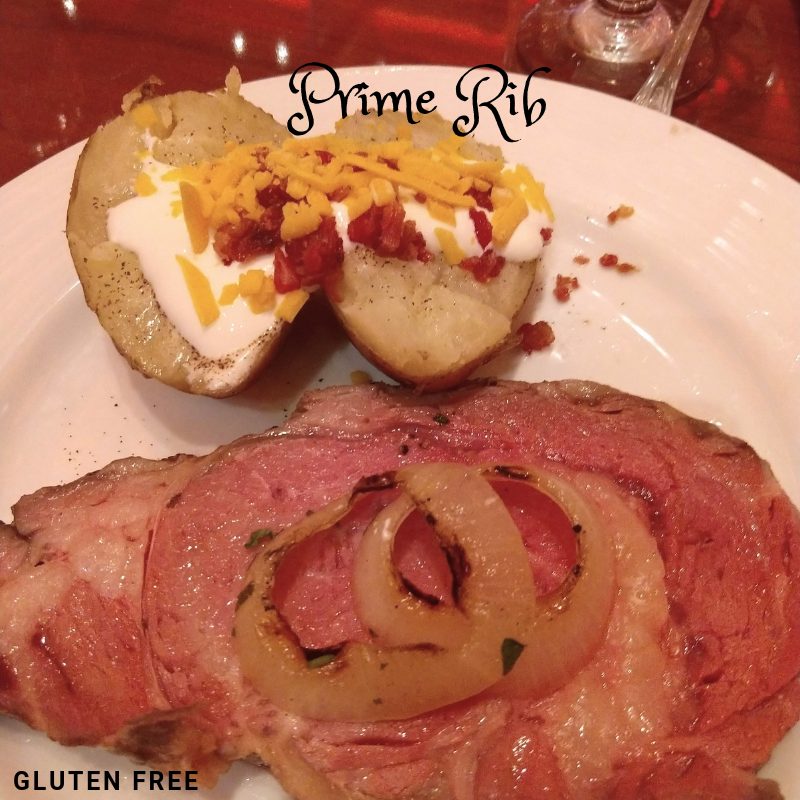 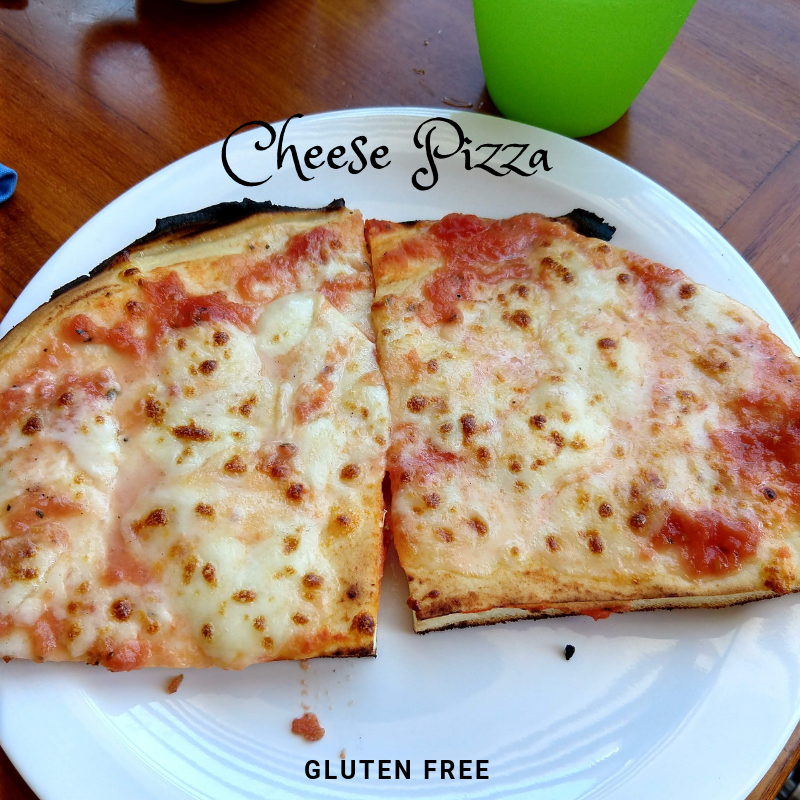 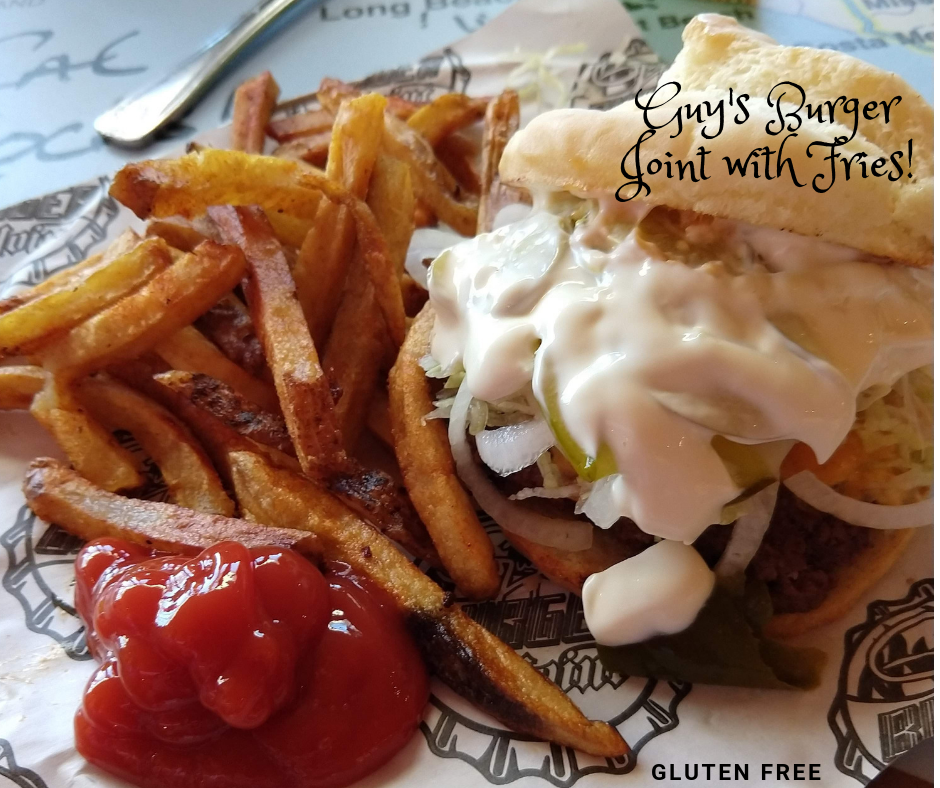 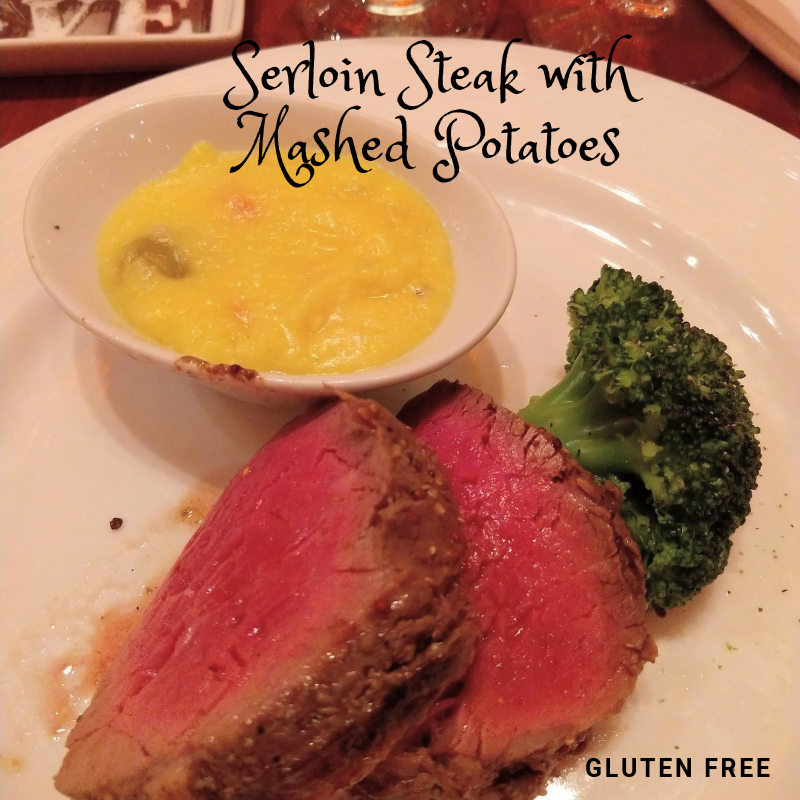 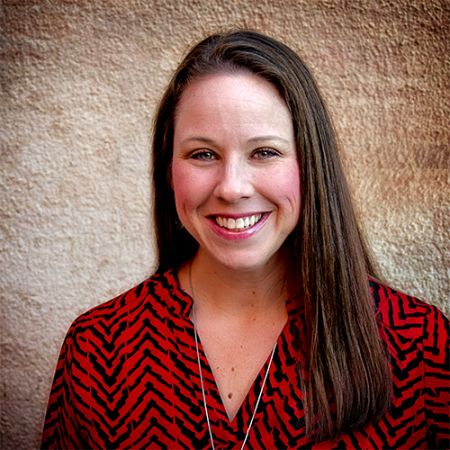 Contributed by 3D Travel Agent, Joni Nilson
Joni lives in Texas with her husband and 4 kids.
She loves traveling and planning amazing vacations for her clients.
She loves food, was recently diagnosed gluten free, and is determined to find the best gluten free food out there! ​
Tags:
Family Cruises Carnival Cruise Line CCL
6 Fun Countdown Facts about the Disney Skyliner
In 2019, Walt Disney World Resort Offers More to S...

More posts from author
Monday, 04 May 2020 2020 Grads You are Invited to Celebrate YOU!
Friday, 26 October 2018 Travel with Heart
Monday, 21 October 2019 A Quick Tour of Downtown Disney
Comment for this post has been locked by admin.